Section I Use of English

Directions: Read the following text. Choose the best word (s) for each numbered blank and mark A, B, C or D on the ANSWER SHEET. (10 points)

The idea that plants have some degree of consciousness first took root in the early 2000s; the term “plant neurobiology” was  1  around the notion that some aspects of plant behavior could be  2  to intelligence in animals.  3  plants lack brains, the firing of electrical signals in their stems and leaves nonetheless triggered responses that  4  consciousness, researchers previously reported.

But such an idea is untrue, according to a new opinion article. Plant biology is complex and fascinating, but it  5  so greatly from that of animals that so-called  6   of plants’ intelligence is inconclusive, the authors wrote.

Beginning in 2006, some scientists have  7  that plants possess neuron-like cells that interact with hormones and neurotransmitters,  8  “a plant nervous system,  9   to that in animals,” said lead study author Lincoln Taiz, “They  10  claimed that plants have ‘brain-like command centers’ at their root tips.”

This  11  makes sense if you simplify the workings of a complex brain,  12  it to an array of electrical pulses; cells in plants also communicate through electrical signals.  13  , the signaling in a plant is only  14  similar to the firing in a complex animal brain, which is more than “a mass of cells that communicate by electricity,” Taiz said.

“For consciousness to evolve, a brain with a threshold  15  of complexity and capacity is required,” he  16  . “Since plants don’t have nervous systems, the  17  that they have consciousness are effectively zero.”

And what’s so great about consciousness, anyway? Plants can’t run away from 18  , so investing energy in a body system which  19  a threat and can feel pain would be a very  20  evolutionary strategy, according to the article. 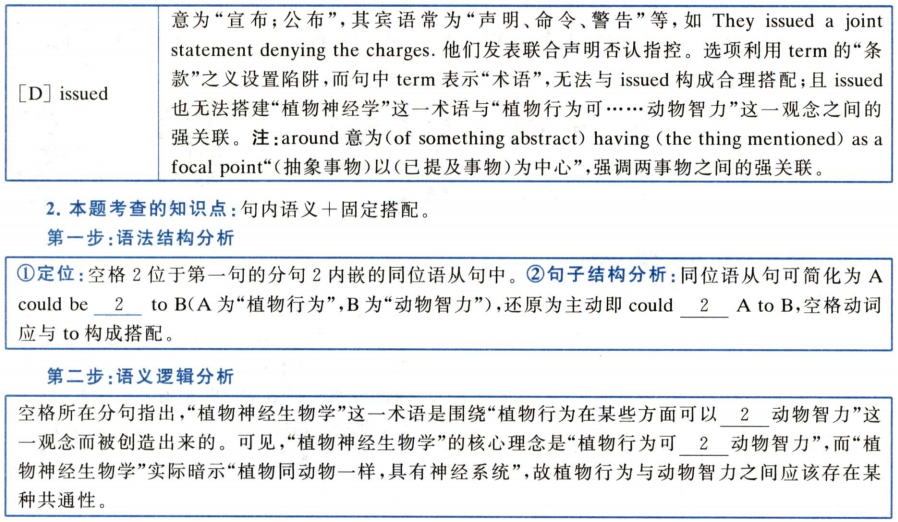 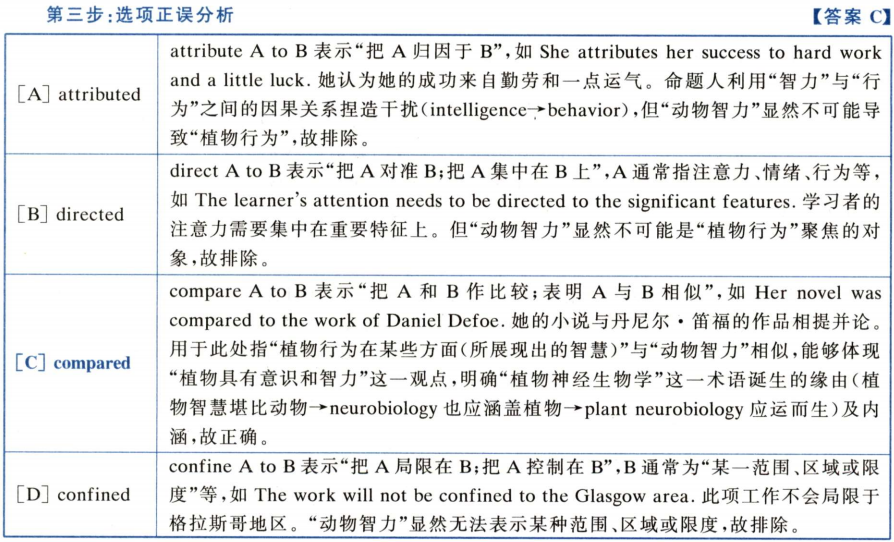 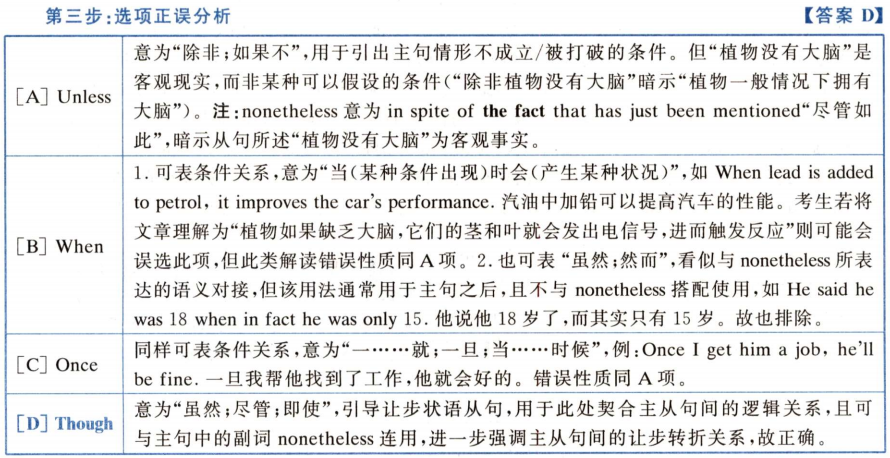 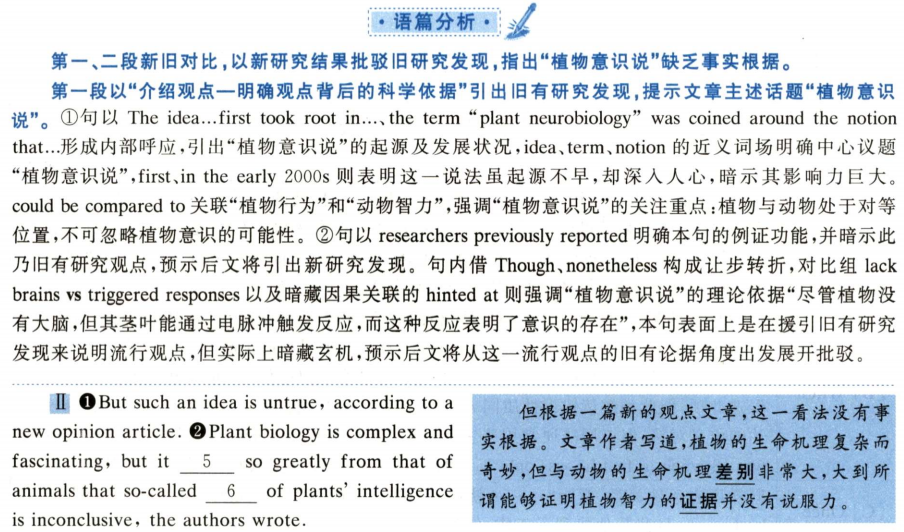 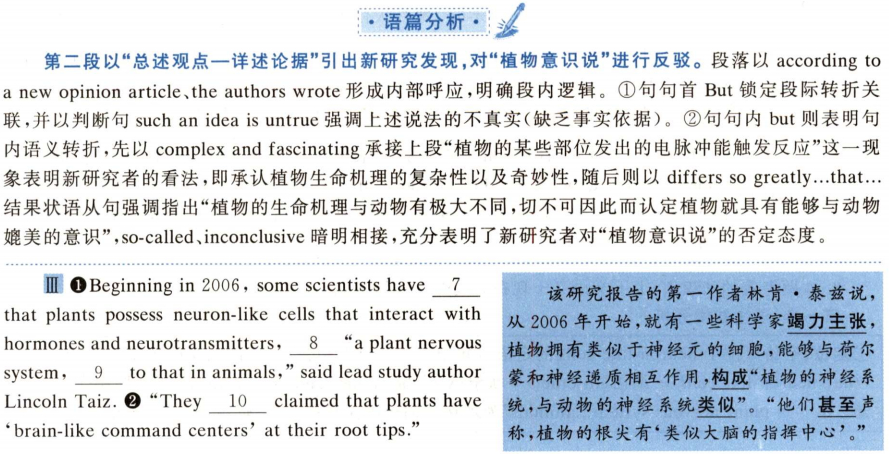 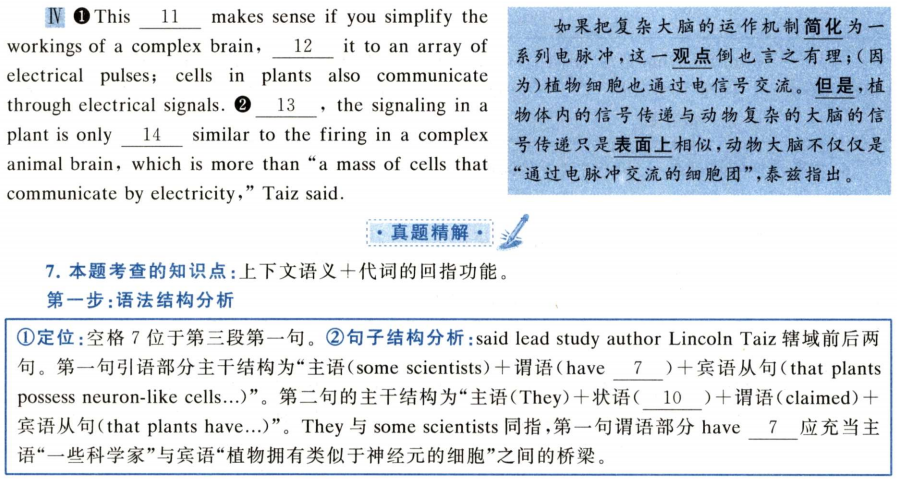 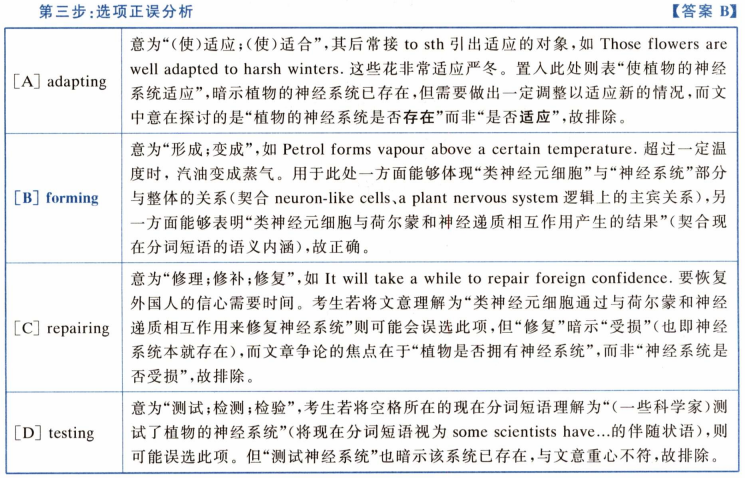 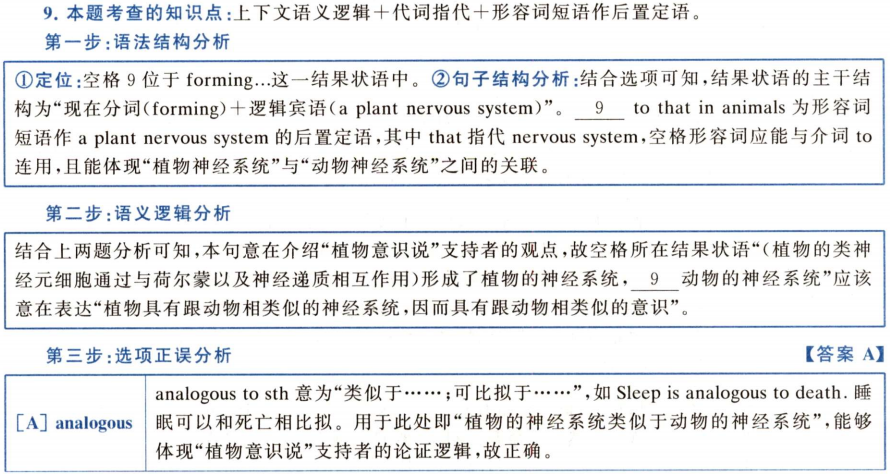 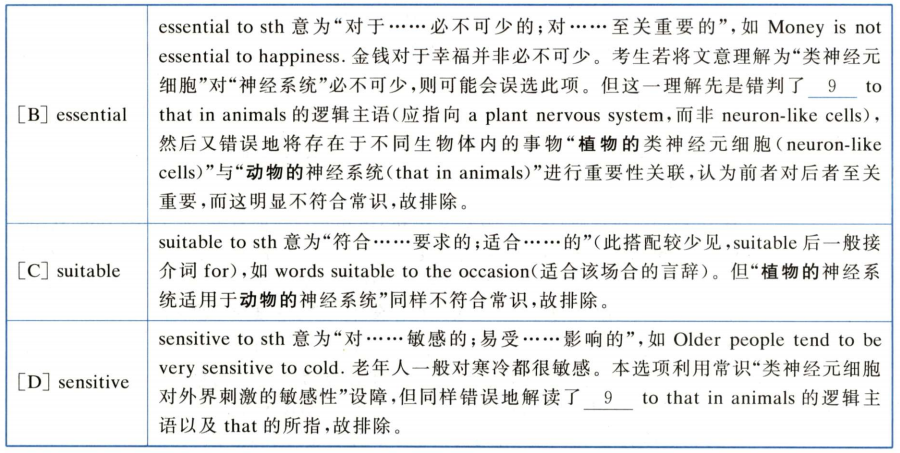 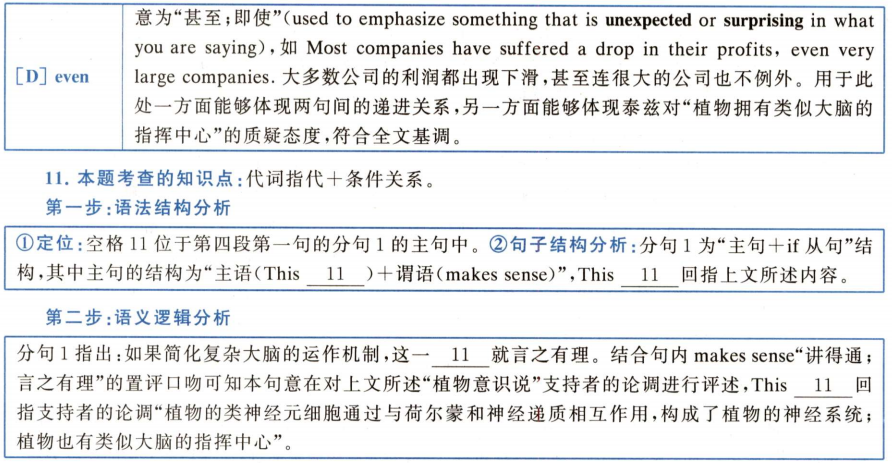 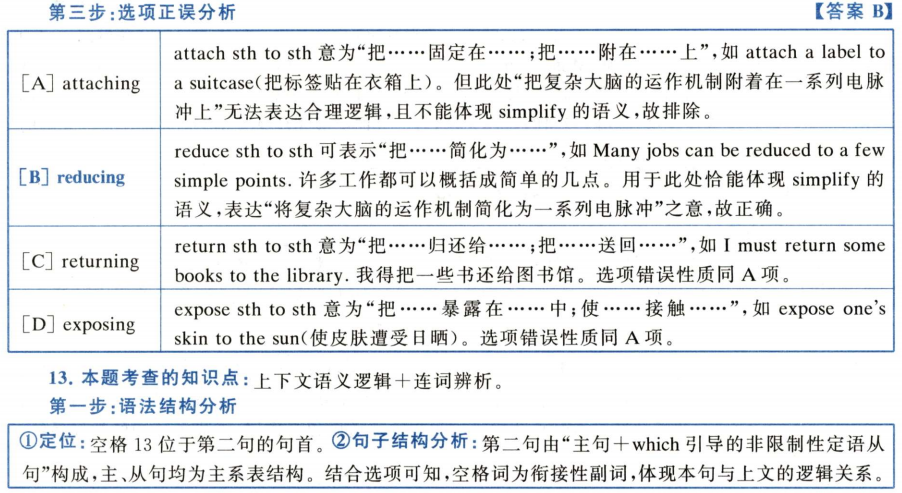 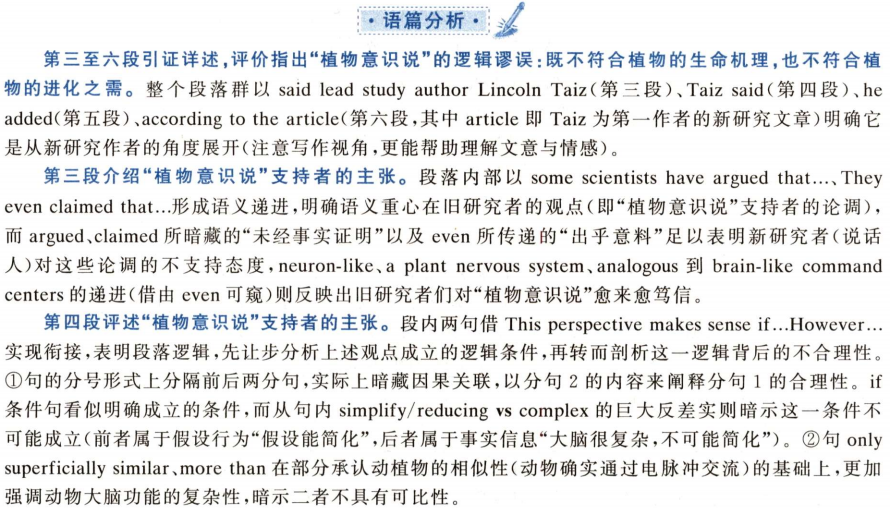 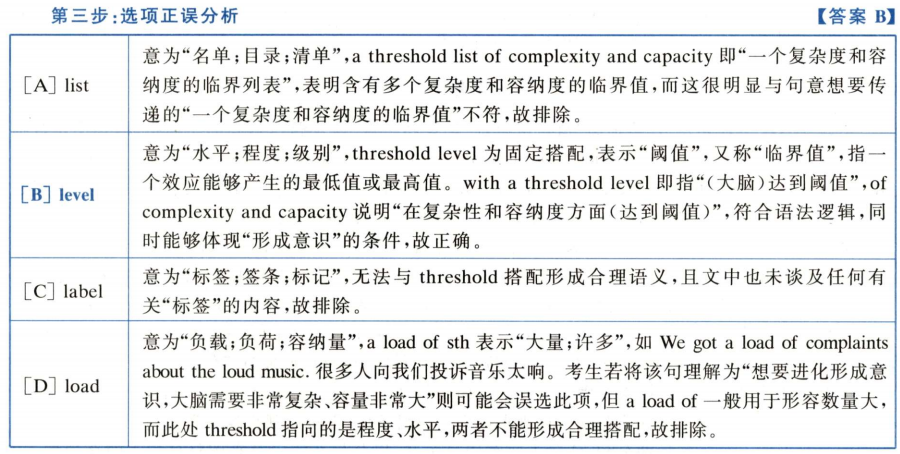 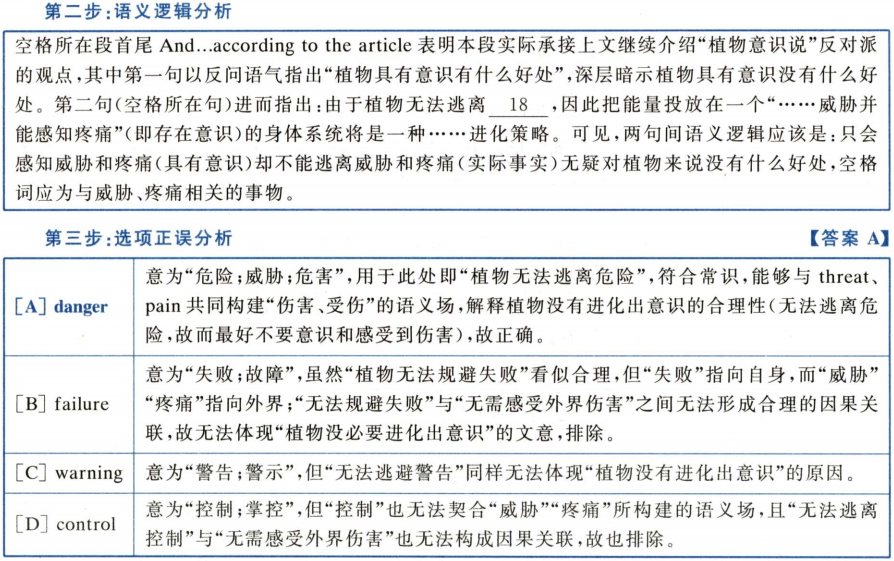