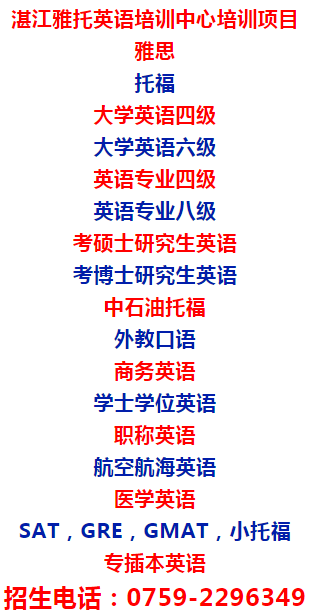 例11: Matching the influx of foreign immigrants into the larger cities of the United States during the late nineteenth century was a domestic migration(主语), from town and farm to city, within the United States.
例12: Indeed, had it not been for the superb preservation of these fossils(虚拟条件句if it had not been) , they might well have been classified as dinosaurs.
(4) 强调句的阅读方法
构成：It + be + 强调成分＋that/ who+ 其他成分
注意：把强调结构去掉句子仍然完整＼正确的就是强调句．
强调句不强调形容词和代词．
例1: It was just a decade before this (强调句)that many drug companies had found their vitamin sales skyrocketing and were quick to supply practicing physicians with generous samples of vitamins and literature extolling the virtue of supplementation for a vatiety of health-related conditions.
例2: It was she, a Baltimore printer, (强调句)who published the first office copies of the Declaraton, the first copie (that included the names of its singers and therefore heralded the support of all thirteen colonies).
例3: It was in the cities(强调句) that the elements (that can be associated with modern capitalism first appeared-----the use of money and commercial paper in place of barter, open competition in place of social deference and hierarchy, with an attendant rise in social disorder, and the appearance of factories using coal or water power in place of independent craftspeople working with hand tools).