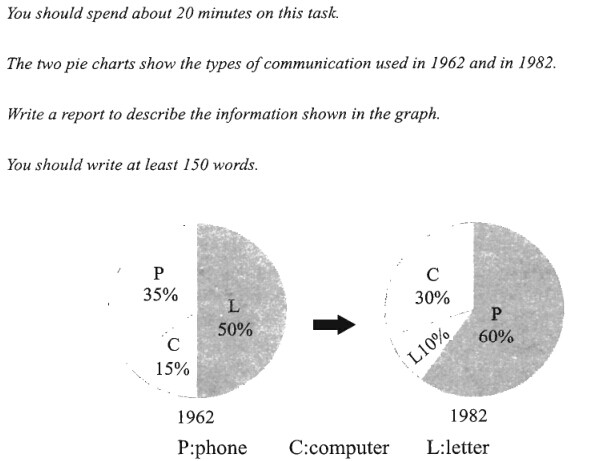 The two pie charts illustrate statistical data concerning the way in which people used different kinds of communication including phone，computer and letter from 1962 to 1982.

The letter ranking the first place in 1962，the percentage was 15% more than that of phone. It is when we mention the use of computer that the percentage in 1962 was 15% less than that in 1982. Moreover，the percentage of phone used was 50% as much as that of letter writing in 1982.